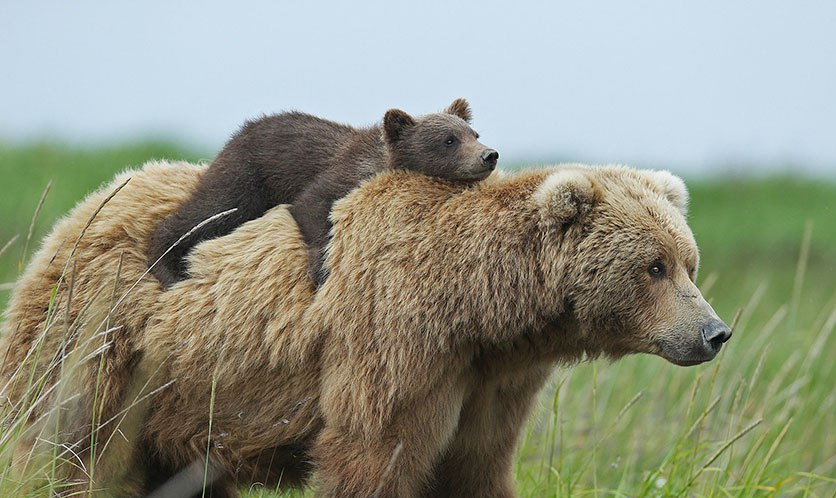 Exodus 14:13-14 (ESV) And Moses said to the people, “Fear not, stand firm, and see the salvation of the Lord, which he will work for you today. For the Egyptians whom you see today, you shall never see again. The Lord will fight for you, and you have only to be silent.”

Our middle daughter still lives at home while attending school. She is employed by a new restaurant that is just starting out. Living in the county, it is difficult to start such a business and endure the cost until patrons begin to help meet budgets. A little more than a week ago, she had the unfortunate situation arise and her paycheck was returned for non-sufficient funds. Now our daughter only works a night or two a week as she attends class Monday through Friday all day long. She contacted her employer who assured the funds would be available immediately and given to her. She is learning to adult in the safety of our home. Her father and I assisted her financially in the interim while she attempted to work with her employer. However, the limited funds impacted her social life and freedom she had come to enjoy. If mama pays, I have a say is the rule. She had been handling the situation completely until I received a call from my defeated teenager. The bank informed her that they needed a new check to process and they could not redeposit the old one. The restaurant manager disagreed so she sat on the verge of tears overwhelmed with frustration and called her mama.

Can I just say that it had been very hard to intervene from the beginning? I asked for the owner’s name and telephone number. She hesitantly obliged as she did not want to lose her job or cause a problem. I have to be honest. I was ready to burn the place down and call the Labor Department. As the phone rang, I prayed that the Lord would keep me to the point and calm. The young man who answered sounded to be about 20 years old. I told him who I was, my daughter’s name and that she needed to be paid immediately. No hesitation or wavering in my voice. He must have felt that parental authority because before I could finish – he told me his location and that if she would come to the establishment that he would honor her check. Well, my daughter was quite relieved but now concerned that due to my intervention she would lose her job as all expected cutbacks. Within 30 minutes, the message came that there would be cutbacks. Her name was NOT on the list. Isn’t God good? Yes, God!

The Lord will fight our battles for us. In fact, the victory is secure in Jesus Christ. When my daughter cried out for assistance, of course mama bear came charging through the forest. She works hard in school and maintains good grades. She is a dedicated and committed worker. She loves Jesus and tries to make good choices according to her faith. Truth is I would have helped her from the beginning, NOT because of all the former qualities and characteristics I shared, simply because she is my daughter and she belongs to me. No one will cause her ill will or come against her without facing mama bear. Just ask the Labor and Delivery nurses who attended our grandson’s birth, God bless them all. If we love our children and desire good things for them, how much more does the Father love us?

Deuteronomy 3:18-22 (ESV) “And I commanded you at that time, saying, ‘The Lord your God has given you this land to possess. All your men of valor shall cross over armed before your brothers, the people of Israel. Only your wives, your little ones, and your livestock (I know that you have much livestock) shall remain in the cities that I have given you, until the Lord gives rest to your brothers, as to you, and they also occupy the land that the Lord your God gives them beyond the Jordan. Then each of you may return to his possession which I have given you.’ And I commanded Joshua at that time, ‘Your eyes have seen all that the Lord your God has done to these two kings. So will the Lord do to all the kingdoms into which you are crossing. You shall not fear them, for it is the Lord your God who fights for you.’”

The life you may be settling for is not the one that God intended for you to have. He did not promise you poverty. He did not threaten you with enemies. He did not tell you to struggle. The Lord has given you possession. Power and authority to take over the place you occupy and vision and dreams to claim that which is beyond human reach but acquired by supernatural application. The Lord has given you protection. He will fight for you. You just have to trust Him enough in the transition. You already own the new season, position, or place that His Grace has given you. You just simply have to take the land. Finally, God didn’t tell you to go it alone. The Lord has given you His Presence. He will take out the giants, overthrow kingdoms, and give you victory in all things. You are not made to survive but to thrive. He did not create you to exist but to flourish.

You shall not fear them, for it is the Lord your God who fights for you. The Lord doesn’t need you to fight His Battles or even your own for that matter. Our position in this relationship is to trust and obey. To fall into complete alignment with His Will and His Way all laid out in fine detail in His Word (who is Jesus in human form so we have an earthly example). Do you believe that God is for you? Do you believe that He is with you? Has He made you a promise that seems too good to be true? Well its not! God is with you. He is for you. He is always good. He is always victorious. He is your protector. He is your provider. By choosing to live in the Presence of God all of these benefits belong to believers, oh there is the missing ingredient – do you believe?

Luke 11:10-14 (ESV)  For everyone who asks receives, and the one who seeks finds, and to the one who knocks it will be opened. What father among you, if his son asks for a fish, will instead of a fish give him a serpent; or if he asks for an egg, will give him a scorpion? If you then, who are evil, know how to give good gifts to your children, how much more will the heavenly Father give the Holy Spirit to those who ask him!”

You are a Child of God. You must tell yourself daily, “God is good and He is for me.” You must remind your heart and mind, “I am a Child of God and exactly who He says that I am.” Your identity must be founded in the person of Jesus Christ and trust must bind us to that realization to hang on until His Glory comes and Goodness fills the vacancies and voids of our life. Too many time it is a settlement, compromise or substitution that is chosen out of doubt which produces fear and anxiety that produces an identity crisis.

I Timothy 6:11-12 (ESV) But as for you, O man of God, flee these things. Pursue righteousness, godliness, faith, love, steadfastness, gentleness. Fight the good fight of the faith. Take hold of the eternal life to which you were called and about which you made the good confession in the presence of many witnesses.

In the meantime, what am I fighting for? Faith. We must fight for our faith. Faith is evident in one’s ability to cling to Christ until the promise comes rather than grabbing hold of the next best thing. It is to pray and seek the Lord’s assistance with full confidence that He is working behind the scenes. It is to entrust every single detail of our life to Him as He promises that it will be turned into good. It is to believe without a single doubt that there is nothing that can separate you from His Love so it is easy to put every expectation in Him. He promises to meet and exceed them all! We must fight the good fight of faith in order to live a life of obedience as good children who love and trust their Father. My daughter called mama because she knew she would answer. She shared her problem and frustration with me. When I asked her to trust me and give me the phone number, she was obedient. I called and they answered – praise God! The Lord was already there and the cash in hand. Not only that with favor, He gave her double for her trouble in protecting her position and giving her more shifts. God is a good Father. He is so in love with you! Why not share your burdens with Him today! He will fight for you!

Psalm 84:11-12 (ESV) For the Lord God is a sun and shield; the Lord bestows favor and honor. No good thing does he withhold from those who walk uprightly. O Lord of hosts, blessed is the one who trusts in you!